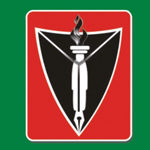 As activists mark the one year of the #EndSARS anniversary on Wednesday, the Defence Headquarters has said Nigerians are better informed and won’t be taken for a ride a second time.

Director Defence Information Major General Benjamin Sawyerr, in a terse response to The Nation, stated that no one in his right sense will heed the call to gather again, considering the wanton destruction that attended the #EndSARS protest one year ago.

According to him: “Do you think that with what the citizens went through during the unfortunate saga which saw wanton looting, destruction of public infrastructure, burning of private buildings, killing of police officers and men as well as allowing hoodlums to have a free day molesting innocent citizens, anyone in his right mind would contemplate heeding to the voice of sponsored agents for gathering again?

“My brother, I think even the citizens are now better informed that some people took them for a ride. A journalist must first carryout self- analysis before going into research”.

Bandits’ Threat Letter: No Christian should be killed in Zamfara, CAN warns