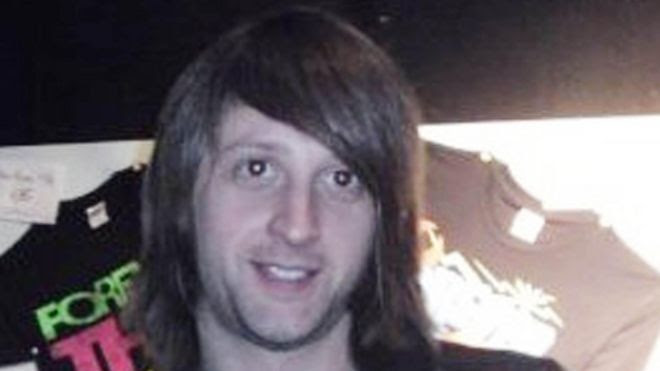 The French government has set up a hotline for information: 0800 40 60 05 (within France). There is also a website where people missing after the attacks can be registered. The interior ministry warns that the site is frequently overloaded and may be unavailable at times. 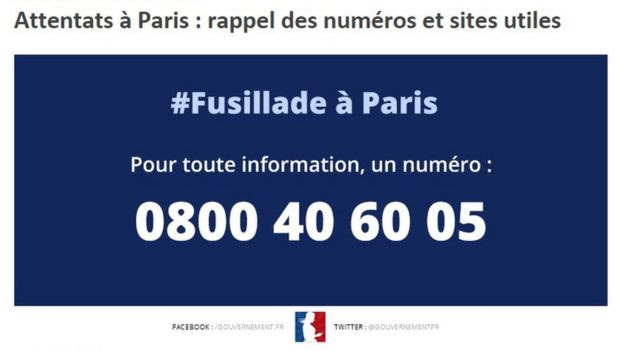 Nick Alexander was killed at the Bataclan concert hall, the Foreign Office and his family have confirmed. He is believed to have been selling merchandise at the Eagles of Death Metal concert.

In a statement, his family said: “Nick was not just our brother, son and uncle, he was everyone’s best friend – generous, funny and fiercely loyal.

“Nick died doing the job he loved and we take great comfort in knowing how much he was cherished by his friends around the world.”

The hashtags #rechercheParis (searching Paris) and #rechercheBataclan are being used widely to circulate the names and photos of the missing. There is also a Twitter account: @recherche_Paris.

A Facebook page, Je Suis Charlie, set up after the deadly Charlie Hebdo attacks in Paris in January, is posting pictures and asking for information about people who have not been seen since Friday evening. 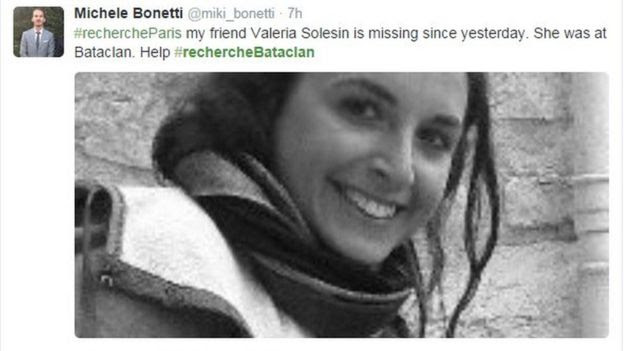 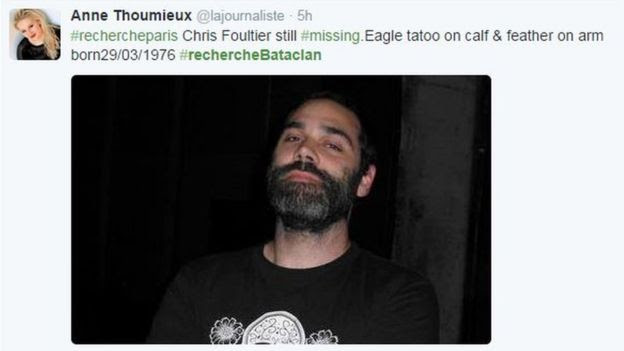 Paris attacks: What we know 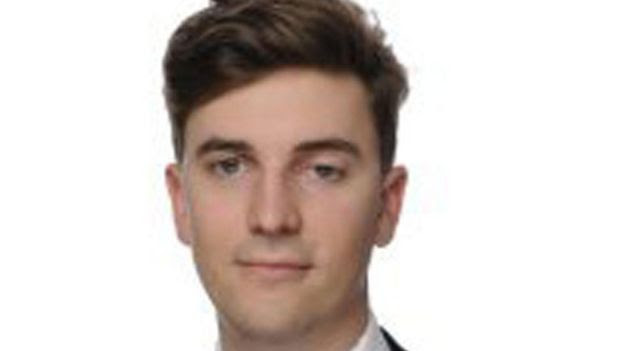 Image copyrightPAImage captionValentin Ribet, a French lawyer who had studied in London, was one of the first victims confirmed dead

Names of the dead are being shared on social media and by regional news organisations. They include: 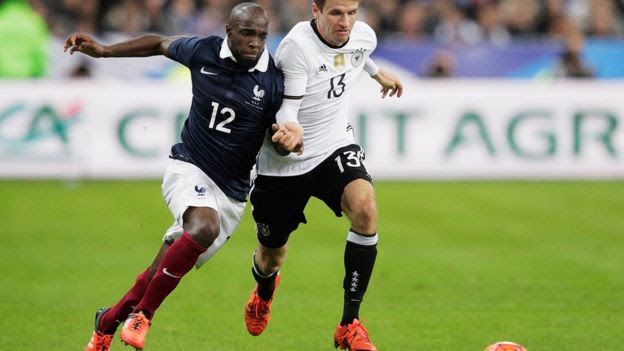 The London School of Economics (LSE) said one of its graduates had been killed. Valentin Ribet, who graduated from the master’s in law programme in 2014, had been working in Paris.

His profile on LinkedIn said he was an associate in criminal law and white-collar crime, at the law firm Hogan Lovells.

Nohemi Gonzalez, a 23-year-old US student from El Monte, California was killed in the attacks, her university said in a statement. She was studying at the Strate College of Design in Paris. The president of California State University at Long Beach, Jane Close Conoley, said the university’s “thoughts and prayers are with her family and friends during this sad time”.

The US embassy in France has provided a number for those in the US and Canada to call if they are still missing relatives: +1-888-407-4747.

Belgium said two of its citizens were among the dead but but gave no details.

One Swedish national was killed and others injured, Sweden’s foreign minister told Swedish television (in Swedish).

Mexico’s government says two of its citizens were among the dead, the Associated Press reports. The foreign ministry has not said where the two women were killed in Friday night’s attacks across the French capital. It also hasn’t released their identities but says one had dual Mexican-US citizenship and the other held Mexican-Spanish citizenship.

A Spanish national, Alberto Gonzalez Garrido, 29, was killed in the Bataclan,Spanish newspapers reported, quoting the government.

Two Tunisian woman, sisters from near Bizerte, aged 34 and 35 were also killed, BFM TV said. They were celebrating a female friend’s birthday.

Two Chileans died in the attacks, Chile’s foreign ministry said, without giving details about where they died. One of the dead was Paris resident Luis Felipe Zschoche Valle, the other was Patricia San Martin, described in the statement as a “Chilean exile” and the niece of Chile’s ambassador to Mexico, Ricardo Nunez. Her daughter, French citizen Elsa Veronique Delplace San Martin, was also killed, the ministry said.

A 63-year-old Portuguese man who had emigrated and lived in Paris wasconfirmed dead by the Portuguese government. He was killed in one of the explosions near the Stade de France.

Sent from My iPad