A Russian airliner has crashed in central Sinai killing all 224 people on board, Egyptian officials have said.

The Airbus A-321 had just left the Red Sea resort of Sharm el-Sheikh, bound for the Russian city of St Petersburg.

Wreckage was found in the Hasana area and bodies removed, along with the plane’s “black box”. An official described a “tragic scene” with bodies of victims still strapped to seats.

Egypt’s prime minister said no “irregular” activities were to blame.

Sinai has an active militant network, and on Saturday afternoon, jihadis allied to the so-called Islamic State made a claim on social media that they brought down flight KGL9268.

But Russian Transport Minister Maksim Sokolov told Interfax news agency that “such reports cannot be considered true”. No evidence had been seen that indicated the plane was targeted, he said.

Egypt’s civilian aviation ministry said the plane had been at an altitude of 9,450m (31,000ft) when it disappeared.

Security experts say a plane flying at that altitude would be beyond the range of a shoulder-launched surface-to-air missile (Manpad), which Sinai militants are known to possess.

But the German carrier Lufthansa said it would avoid flying over Sinai “as long as the cause for today’s crash has not been clarified”. On Saturday evening, Air France said it was following suit.

British Airways and easyJet said their routes were regularly reviewed, but that they had no plans to alter their routes to and from Sharm el-Sheikh 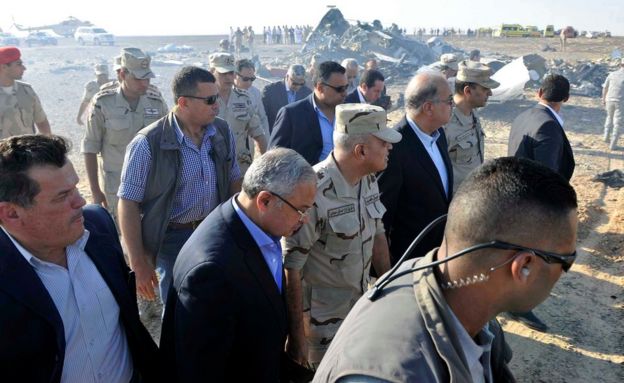 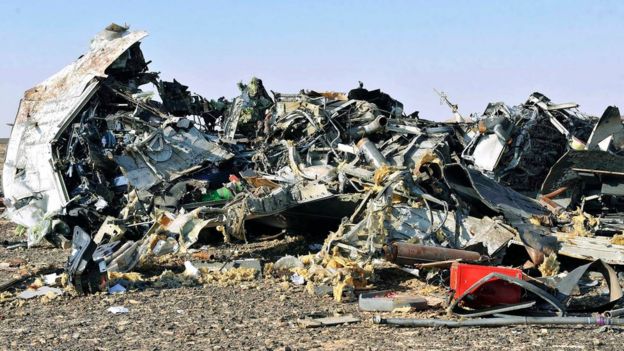 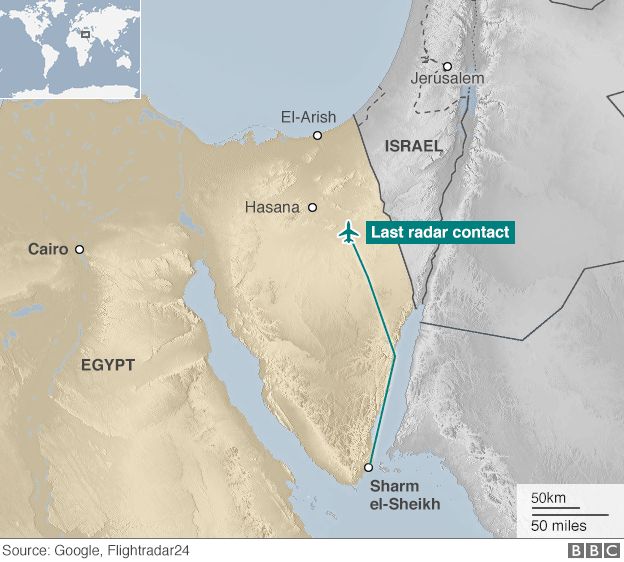 He has ordered an official investigation into the crash of the flight, and for rescue teams to be sent to the crash site.

Egyptian officials said 214 of the passengers were Russian and three Ukrainian.

Russian authorities say the plane was carrying 217 passengers, 138 of them women and 17 children aged between 2 and 17. Most were tourists. There were seven crew on board.

A commission headed by Mr Sokolov left for Egypt on Saturday afternoon. 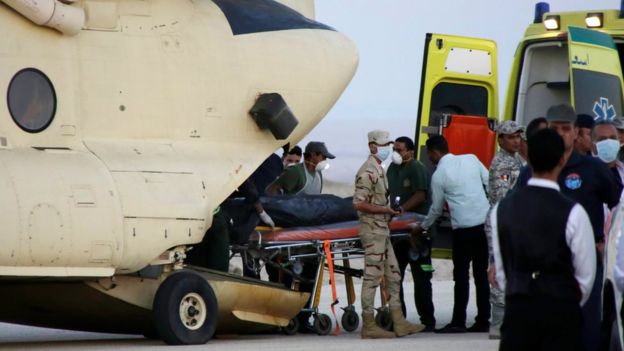 A criminal case had been opened against the airline, Kogalymavia, for “violation of rules of flight and preparation for them”, Russia’s Ria news agency reported.

Yulia Zaitseva said her friends, newlyweds Elena Rodina and Alexander Krotov, were on board.

“We were friends for 20 years,” she told AP at a hotel where relatives were meeting near Pulkovo airport in St Petersburg.

“To lose such a friend is like having your hand cut off.”

Timeline: the course of flight KGL9268 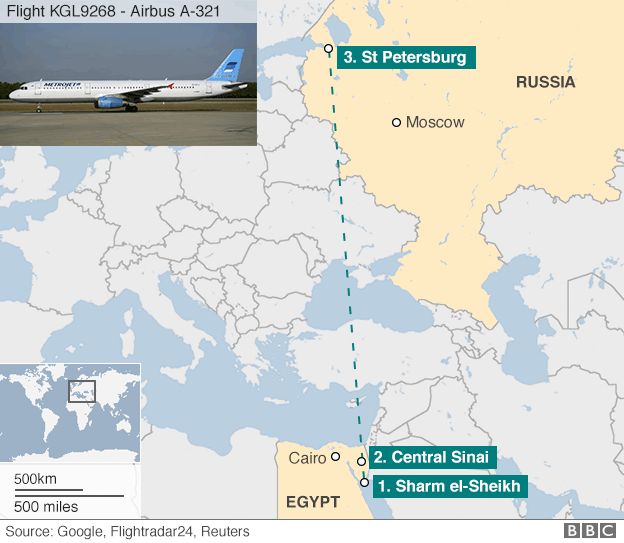 06:17 Egyptian time, approx (04:17 GMT): plane comes down over the Sinai peninsula, according to Airbus

Oksana Golovin, a spokeswoman for Kogalymavia, said the company did not see any grounds to blame human error.

She told a press conference that the pilot had 12,000 hours of flying experience. Kogalymavia did not yet know what caused the crash, she said, but the plane was fully serviced.

Police are reported to be searching the company’s offices.

Initially there were conflicting reports about the fate of the plane, some suggesting it had disappeared over Cyprus.

Officials say up to 50 ambulances have been sent to the scene. Access to the area is strictly controlled by the military.

One official told Reuters news agency that at least 100 bodies had been found.

“I now see a tragic scene,” the official said. “A lot of dead on the ground and many died whilst strapped to their seats.”

The plane split in two, with one part burning up and the other crashing into a rock, he added. 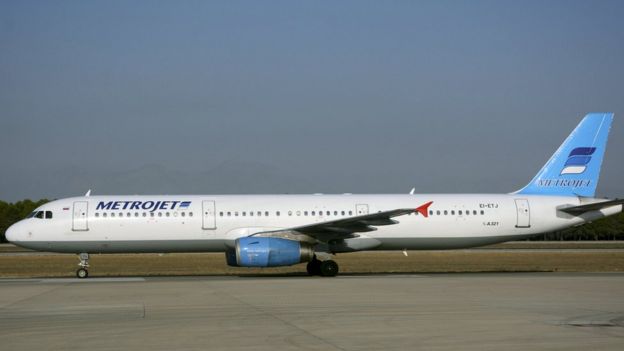 Blasphemy: Positions of Justice System and the Holy Quran