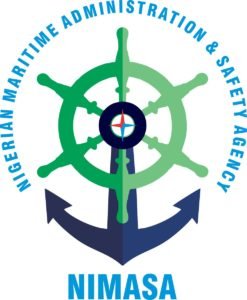 The defendant was arraigned alongside one Dauda Bawa and Thlumbau Enterprises Ltd., on a 19-count charge bordering on money laundering.

The defendants were first arraigned before Justice Mojisola Olatoregun (now retired) on April 12, 2016 on the 19 counts.

They had pleaded not guilty to the charges and the judge had admitted them to bail in the sum of N5 million each with two surties in like sum.

However, following the retirement of Justice Olatoregun, the trial commenced afresh before Justice Chuka Obiozor.

The defendants were, therefore, re-arraigned before Obiozor where they, again, pleaded not guilty and were allowed to continue on the earlier bail.

However, following the transfer of Justice Obiozor from the Lagos Division, the case was transferred to a new judge, Justice Tijani Ringim, and the charge was fixed for re-arraignment.

Chiwar informed the court that the lead counsel, Mr Olalekan Ojo (SAN), was unavoidably absent as he was appearing before the appellate court.

Meanwhile, Chiwar told the court that the defence had filed a formal plea with respect to the third defendant, who is an artificial person in law, in line with the provisions of Section 478 of the Administration of Criminal Justice Act.

According to him, the said plea of the third defedant was entered into by the secretary of its board, adding that it was dated May 10, 2022.

He urged the court that same be adopted as plea of the third defendant.

The defendants were consequently, re-arraigned on the charges and they again pleaded not guilty to all counts.

After their pleas, the defence counsel, urged the court to allow the defendants continue on their existing bail, on the ground that they had religiously attended trial up till date.

He told the court that on Nov. 9 2020 when they were arraigned before Justice Obiozor, the court had also graciously granted the defence’s prayer and had allowed the defendants to continue on their existing bail.

According to the defence counsel, both defendants have been coming from outside jurisdiction since 2016 from Jos and Abuja respectively.

He, therefore, urged the court as presently constituted, to allow them continue on the existing bail as the records had shown that the defendants had been diligent in attending to their matters.

The prosecutor, Mr A.O Mohammed, did not oppose the application

In a short ruling, the court granted the defence counsel’s application, and allowed the defendants to continue on their existing bail.

The prosecutor then called its witness, Mr Clement Ngeolu, a bank compliance officer.

He told the court that he worked as a compliance officer at Ajose Adeogun in Victoria Island, adding that his schedule included undertaking duties assigned by the bank’s management.

When asked if he knew the third defendant, as well as one Grand Pact Ltd., he confirmed that they were customers of the bank

The witness told the court that sometime in 2016, the bank got a request from EFCC to provide account opening packages and statements of these customers, adding that they obliged.

“After some days we got another request to provide transaction instruments from the earlier document given and we also obliged,” he said.

He confirmed that the statements sent to the EFCC were from the books of account, adding that they were exact with the bank’s records.

The witness told the court that the documents were printed from the bank’s computer system signed by the compliance officals, and authenticated with a certificate of authentication.

When shown the responses to the EFCC, he confirmed same, adding that they were signed by the chief compliance officers at the time, one Marvis igboje, and one John Olorundare, who is presently the chief complaince officer.

However, defence counsel raised objection to the tendering of the document on grounds that they were duly signed and executed by people who were not in the witness box even though they were available.

He argued that the witness could not give evidence on the content of a document not authored by him, adding that whatever evidence that was given on the said document would amount to a hearsay and urged the court to reject same.

In response, the prosecutor argued that the basis for admiissibility of a document was relevance, adding that the transaction on which the defendants were facing trial were made through the statement of account.

He added that the instruments attached were same for which the defendants were being charged, adding that the content of the letters were the foundation upon which the case of the prosecution was built.

He urged the court to admit the documents and place heavy weight on them.

In his ruling, the court held that it was trite law that once a document was relevant, it would be admitted even though it would  attract no probative value.

The court noted that the reason the maker of a document was expected to tender them stemmed  from the fact that such maker might be cross examined.

He, however, held that since the prosecution witness had confirmed the content of the secondary evidence as also contained in the bankers book, he could not  be doubted.

The court, therefore, overruled the objection and admitted the document under the provisions of Section 83(2) (a) of the Evidence Act as exhibit A, A 1 and A2, respectively.

The News Agency of Nigeria (NAN) reports that during the trial before Justice Olatoregun, the EFCC had called 16 witnesses and tendered several exhibits, while the defence called five witnesses.

The EFCC alleged that the defendants in January 2014 converted N156.4million belonging to the Agency to their own use.

It said that the offences contravened the provisions of of sections 15(3) and 18(a) of the Money Laundering (Prohibition) Act 2012.