by Isioma Ogochukwu
in News
0 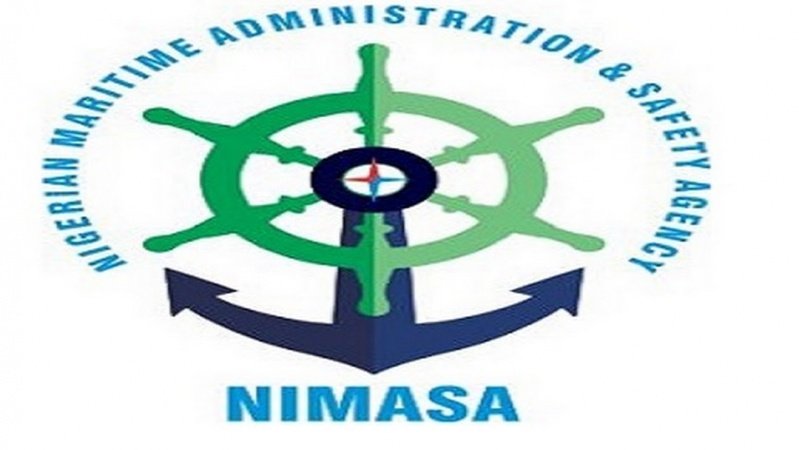 The Nigerian Maritime Administration and Safety Agency has denied responsibility for a gunboat that reportedly sank in Lagos on Sunday.

The NIMASA/Barugu, a gunboat reportedly in the fleet of Global West Vessels Specialists, was alleged to have been parked at the Kirikiri Terminal, behind the NIMASA Resource Centre.

In a video circulating online, seafarers onboard the adjoining vessels blamed NIMASA for negligence, they had reported the impending disaster to NIMASA for a long time.

However, the Assistant Director, Public Relations of NIMASA, Osagie Edward, said both the boat and the management had remained a subject of litigation.

“While this is an unfortunate development, it is important to bring to the attention of all that this vessel under reference here is one of Global West boats that were in service with the Agency years ago. This boat has the name NIMASA-Barugu right from the days of the contract. There are also other boats in this contractual category in Warri.”

Osagie added that the agency had made efforts to reactivate some of the boats but has been constrained by legal encumbrances.

He stated, “For the avoidance of doubt, it is on record that NIMASA recently made concerted efforts towards reactivating a few of the serviceable boats in this fleet but was constrained by the legal encumbrances due to the nature of the case in court. As a law-abiding entity, we approached the matter under sound legal advisory.

“Finally, it must be stated that this vessel was not in our jetty and under our management at the time of the incident. The crew onboard does not report to NIMASA but to Global West management, its owners. NIMASA remains committed to her statutory responsibility of administering safety and regulating the industry within the ambit of every lawful framework.”

Attempts to reach the spokesperson of the EFCC, Mr Wilson Uwajeren, were not fruitful.

A former Director, Shipping Development at NIMASA, Enisouh Warredi, claimed Global West was taken to court but not found guilty.

Soldiers on Red Alert in Abuja over Planned Attack

2023: NDLEA Urges Drug Test as Part of Screening for Aspirants